Testing my skills with "Mary Jane" 3 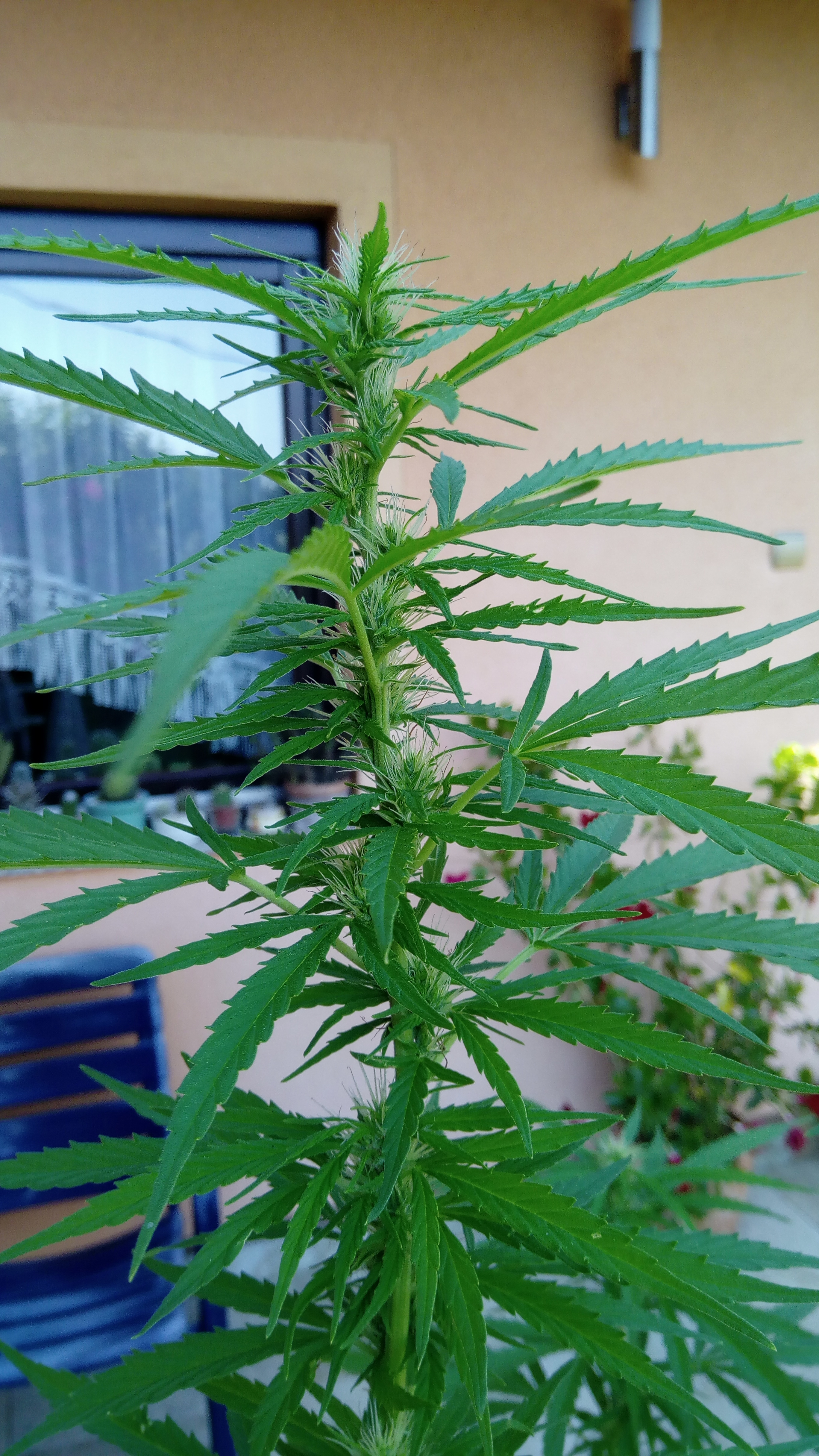 Oh, this plant grows like crazy :) Last time I posted about this it was up to my neck. And after I took an advice from @canna-curate (in comments) and put it into bigger pot.... grows like a tree :) Now its way above my head. Around 180cm. 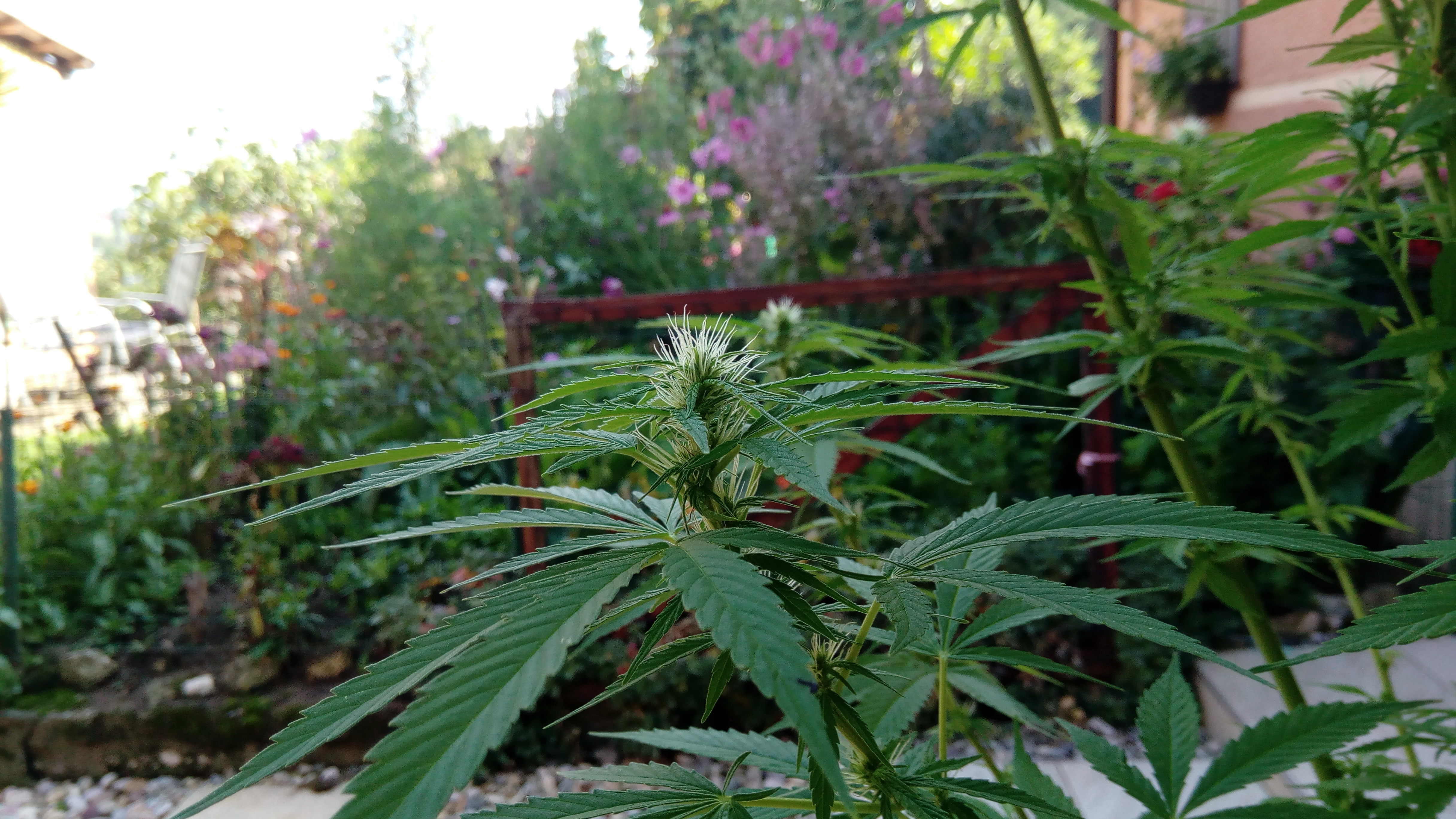 Biggest problem with a plant so big, can be its weight. Maybe those who are now teens, don't really know that weather (specially summer) 20-30 years ago was way easier to bear. It was way more fun. Temperatures were more stable and a bit lower than now.

Just to give you an example:

So in that kind of weather you have to put your plant inside and out again - many times. And that would be no problem if it's weight would be half of what it is :) If you look a bit better you can see how plant is working on seeds for my next planting session. And quadrizillion of buds... Looks like my cat likes that also, as she takes a nap under a "tree" daily. I wonder why.

I cut it regulary but it still looks dense, thick :) But yeah. Thanks. It's pretty heavy too :P

Even I'm surprised a bit. Did not expect this height

Yeah. looks like it's not missing much of basic ingredients it needs. Soil is from under the compost. I think that's the best soil I can choose from my yard.