What I'll do if weed becomes legal in my Country.

Wanna know what I'll do if weed becomes legal in my country? Then sit tight and fasten your seat belts and take a very fascinating ride with me. 😎 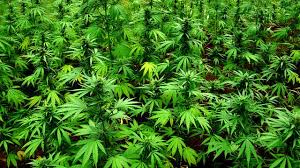 Well, In case y'all. haven't known my country of origin, y'all have been on a long thing and y'all better know now. it's Nigeria, a Western African Country and one of the largest consumers of weed which is becoming a cause for concern even though it's illegal.

But if you are caught you would face the law and therefore strict and careful precautionary use is advised and having a weed farm of your own is one of the most riskiest thing you could ever imagine doing and that might cost you a lot of money or you might go behind bars and I bet y'all wouldn't like to see me behind bars and that's why I haven't ventured into that yet.

I'm just like waiting for the miraculous day that it would get legalized. Could I be dreaming? Well, you can never tell you know. 😇 Or can you tell? I don't think so.

If weed🌱 becomes legal in my country, the first thing imma do is, I would own a garden of weed or better still just say that Imma be a weed farmer you know that type of thing? Like what else you thought I was gonna do? You thought I was just gonna lazy my ass about and just smoke it freely in public? Well, Hell no! 🤓 I've got more ambitions because I am an ambitious kind of individual.

But hold up! Wait a minute! Come to think of it, I mean I just had a rethink right now, it's not just all about the money but it's like a dream, a fantasy and a passion of mine that one day Imma become a famous "Dope Dealer." 💚😎 Yeah, That's right! It's just like that sometimes (In puff daddy's voice🗣) That's how it's posed to be, motherfucker! 😊 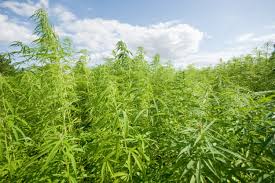 Weed is a powerful medicine, and growing a farm of your own is as empowering and as real as it gets.

Like take a look at that weed farm, ain't it as big, thick and beautifully green as a garden? Or a phenomenal forest?

Well, enough said here, let me just go back to my sleep and continue this cute and interesting dream of mine, who knows? Maybe I might have a dream of when it would be legalized in my damn country. 😂

Grow like 8 billion pounds and give the entire universe a blunt!

Hahahahahaha😂 That was so crazy, man, you just blew my mind with that. 🤣

That would surely be added to the list of the things I would do if weed becomes legal in my country.

But hold up, wait a minute! Is it even possible to grow up to 8 billion pounds? I guess you was just exaggerating. 😃

Hahahahaha😃😆 I see, this should be very interesting you know.😊

LMAO. A motherfucker can build an empire with this shit😎😎

Yeah, man. You're right, that's right right there and come to think of it, a Motherfucker could be bigger and doper than them drug lords and kings. 🤗🌟👑 The likes of Pablo Escobar and shit....

Congratulations @driplord! You have completed the following achievement on the Hive blockchain and have been rewarded with new badge(s) :

BTW, it would be much appreciated if you support our proposal on Peakd, ecency, Hive.blog or using HiveSigner so we can continue our work!
https://peakd.com/me/proposals/147
Thank you!

Alright, but I always have a problem logging in there, because Hive signer keeps failing to log me in every goddamn time.